I took a bit of a detour from all the little wooden silhouettes I’ve been working with and made some minor changes to a bunch of oil paintings this week, some pretty old and some from the past year or two.

I had pulled out some pieces for a studio visit last week and afterwards I felt compelled to adjust this one, which I had put away in annoyance over a year ago, feeling the sky was never quite right.

I adjusted both the sky and the “tower” they’re standing in.

It’s hard to tell with the very orange light, but although it’s not quite done, it’s actually much better, and I feel the sky is done at last.

While the paint was wet on that one, I found myself eyeing this piece which I originally finished in 2006. I always felt the tree was too strong compared to the girl: when you looked at it, your eye kept resting on the tree. So I got my ridiculously expensive red paint (which means lots of pigment) and touched up one side of her: face, arm, leg, and definitely foot. I want to be sure people see those toes, because there’s another side to her personality there.

And now I feel this is done and ready.

While the paint was wet on that one, I found myself pulling out basically anything that was even a little bit unresolved and working on them. 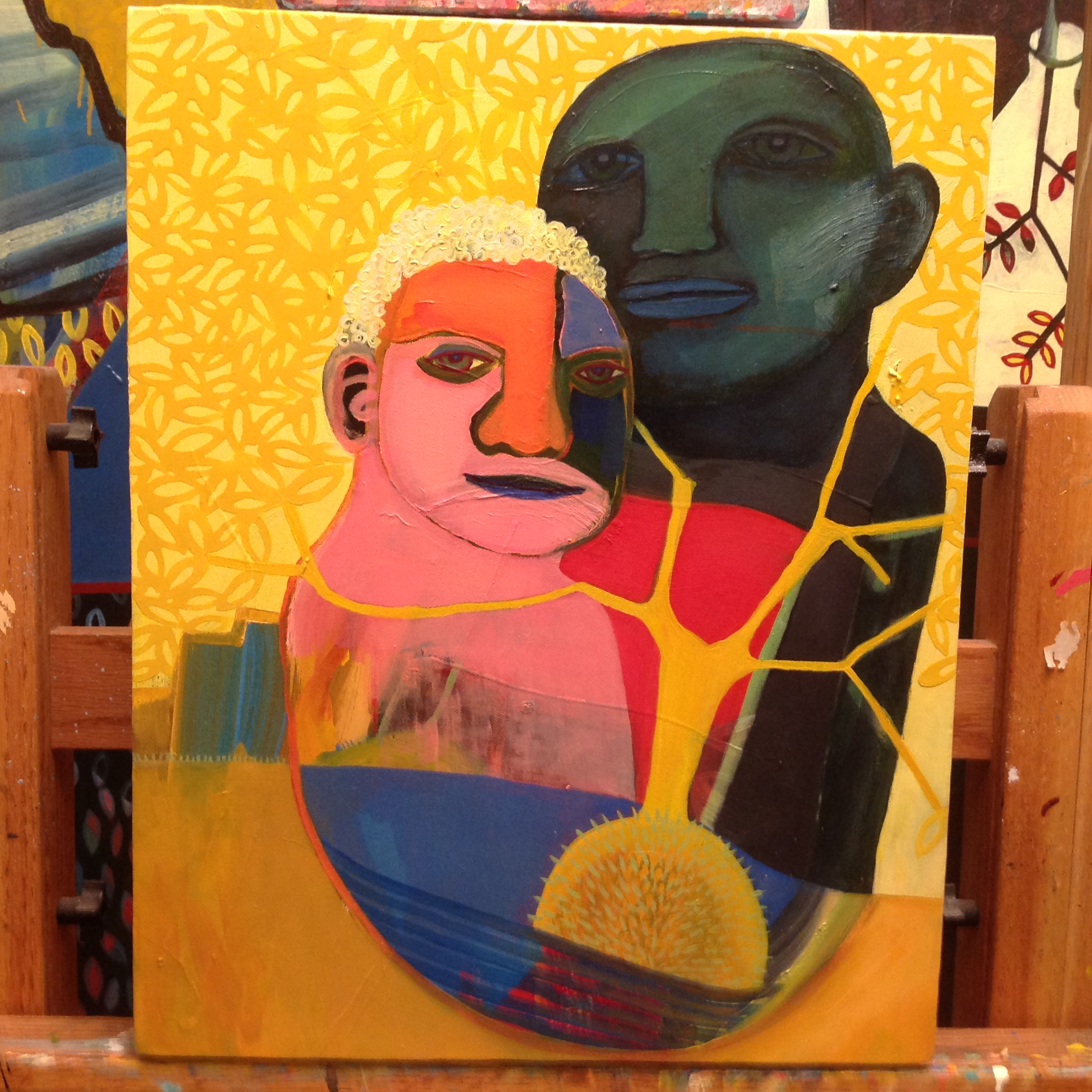 That’s an undercoat on the boat, as it is definitely not the Good Ship Lollipop. But I want the texture to go under the darker glaze of red/brown I have planned.

After all this painting, which I wasn’t used to, I discovered a hand cramp I never knew existed. It made my fingers cross. I managed to take this picture.

Crazy, right? It was not as painful as that looks, just weird to be stuck with my fingers crossed. And thankfully, with some effort and flapping around, I could get it straightened out and it didn’t come back.

It was exciting to be painting like this again, but I also felt a bit unsettled.

It is a very different type of work from my current Cultivate series (as well as Fathom and Commence) and at first I thought the styles were in opposition and I needed to choose just one, as though only one could have value at a time.

Then I realized that exactly because they are so different, each helps me see the other more clearly. And maybe at some point I’ll even get them to work together! And Congress too (as long as we’re wishing).