I started this week really angry. About colors.

I was working on these smaller pieces, adding their next layers, and they all started looking awful to me. Their awkward phase felt like a personal insult. 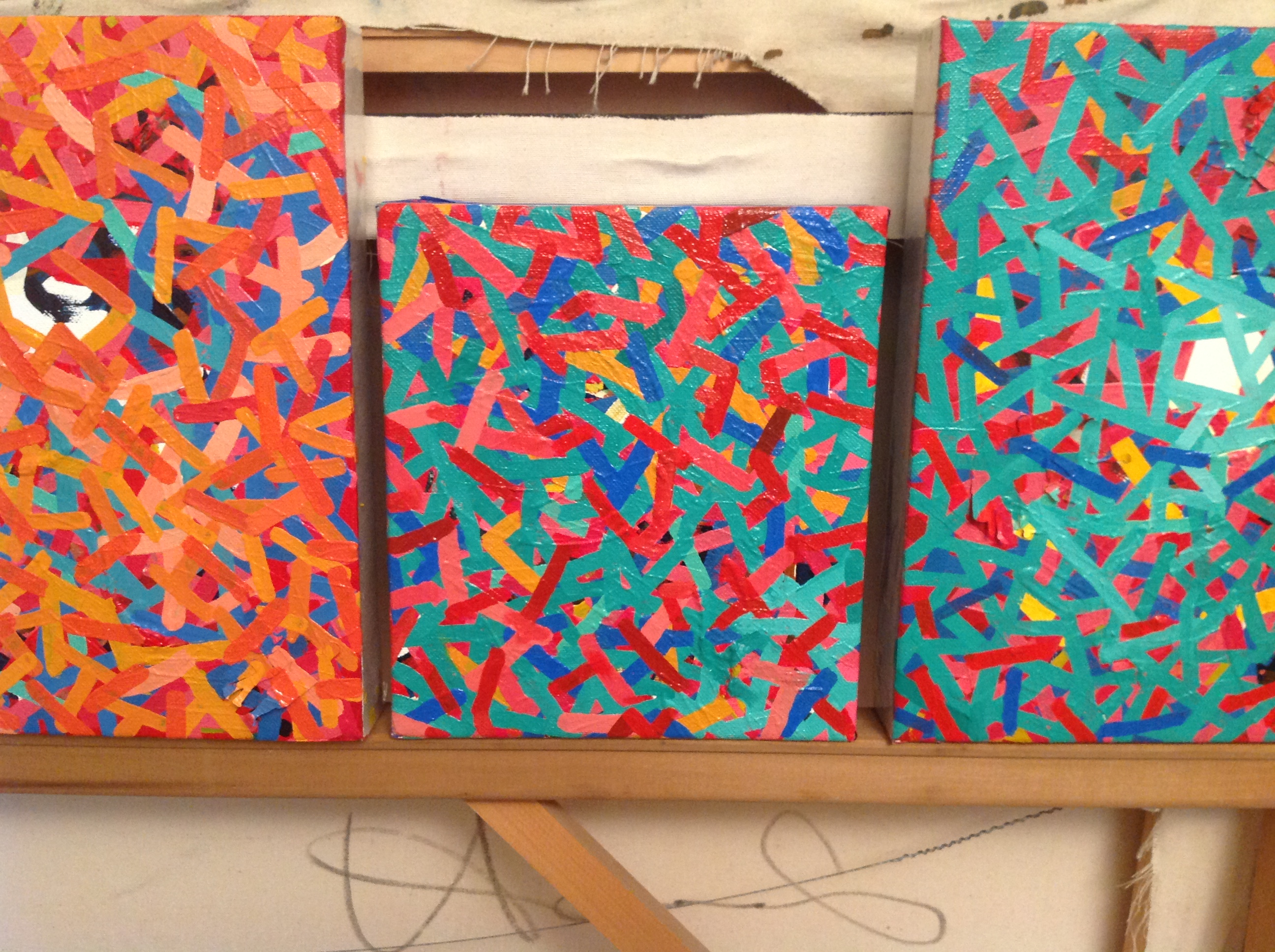 I was so mad about it, and disappointed, that I could barely even look at them anymore.

I know this sounds like the art equivalent of the Princess and the Pea (“Oh, no! This color is just not comfortable for me!”) but it is a reality I’ve come to accept about my chosen profession: getting this worked up about things that seem this inconsequential.

And I use the word “seem” on purpose there. Because of course it’s all important.

When the colors work, it is transcendent; so the loss of that, or lack of that, is nothing small to mourn.

But in the meantime, I needed to get working.

I applied a technique that regularly works for me in the studio, and in other parts of life: I did a sidestep to get energy from a different, unblocked area.

In the studio, that meant going back to work on this painting. 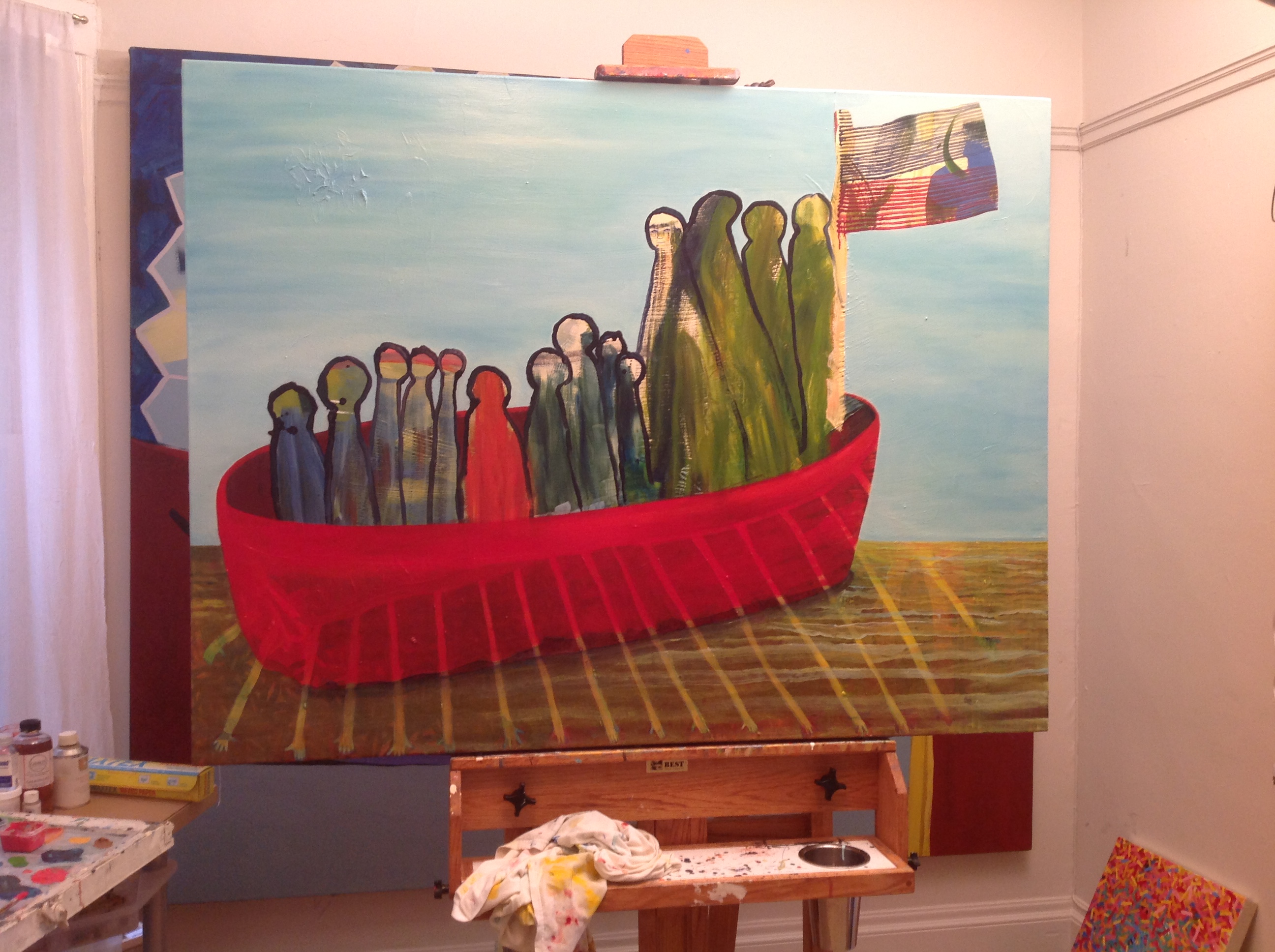 It’s not done, but I was happy with my progress, which gave me the confidence to move over to the panels and their little wooden people. 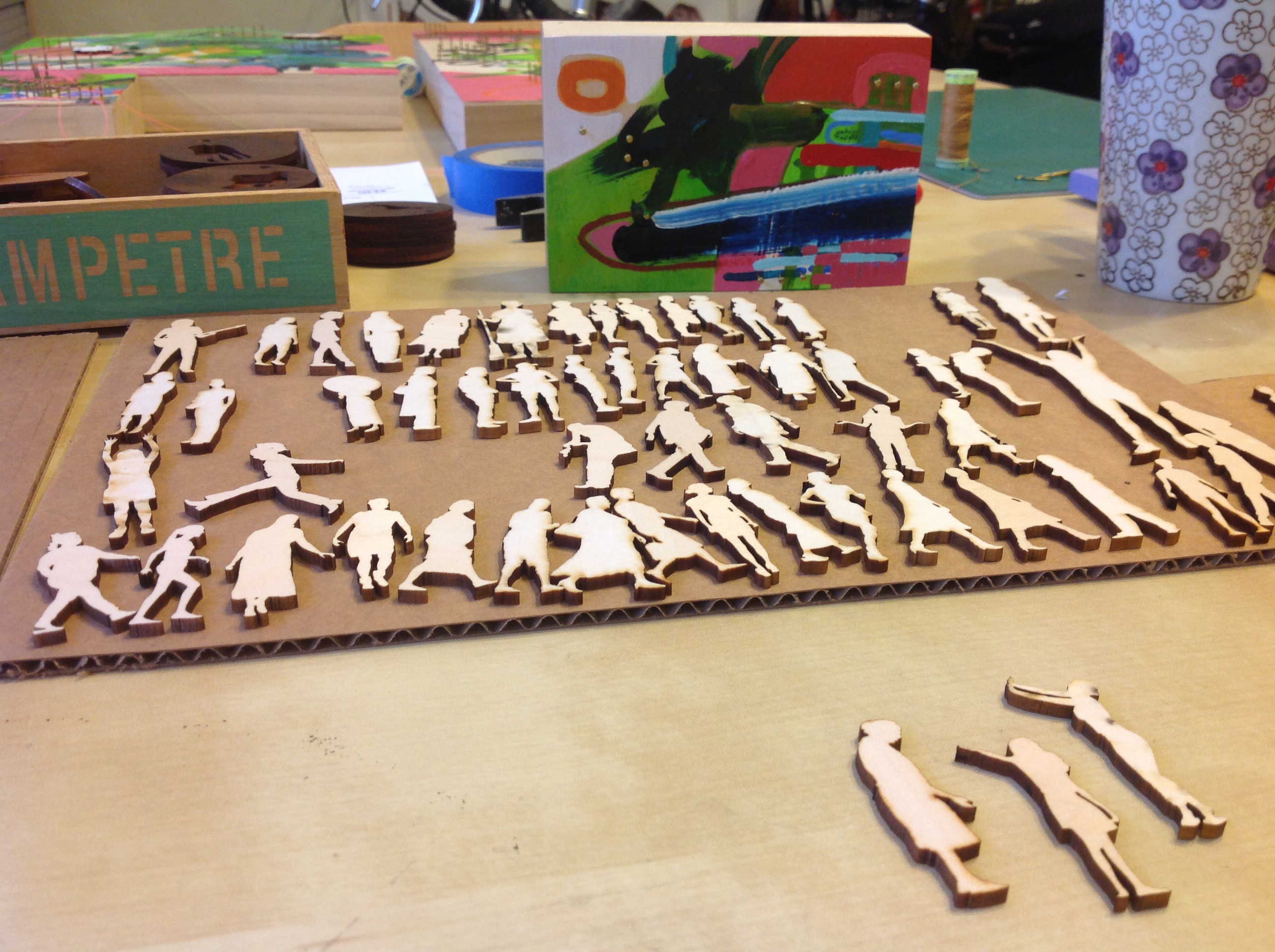 None of these are done, either, but I got a vague idea on about half of them. I love the woman with a broom in this one. 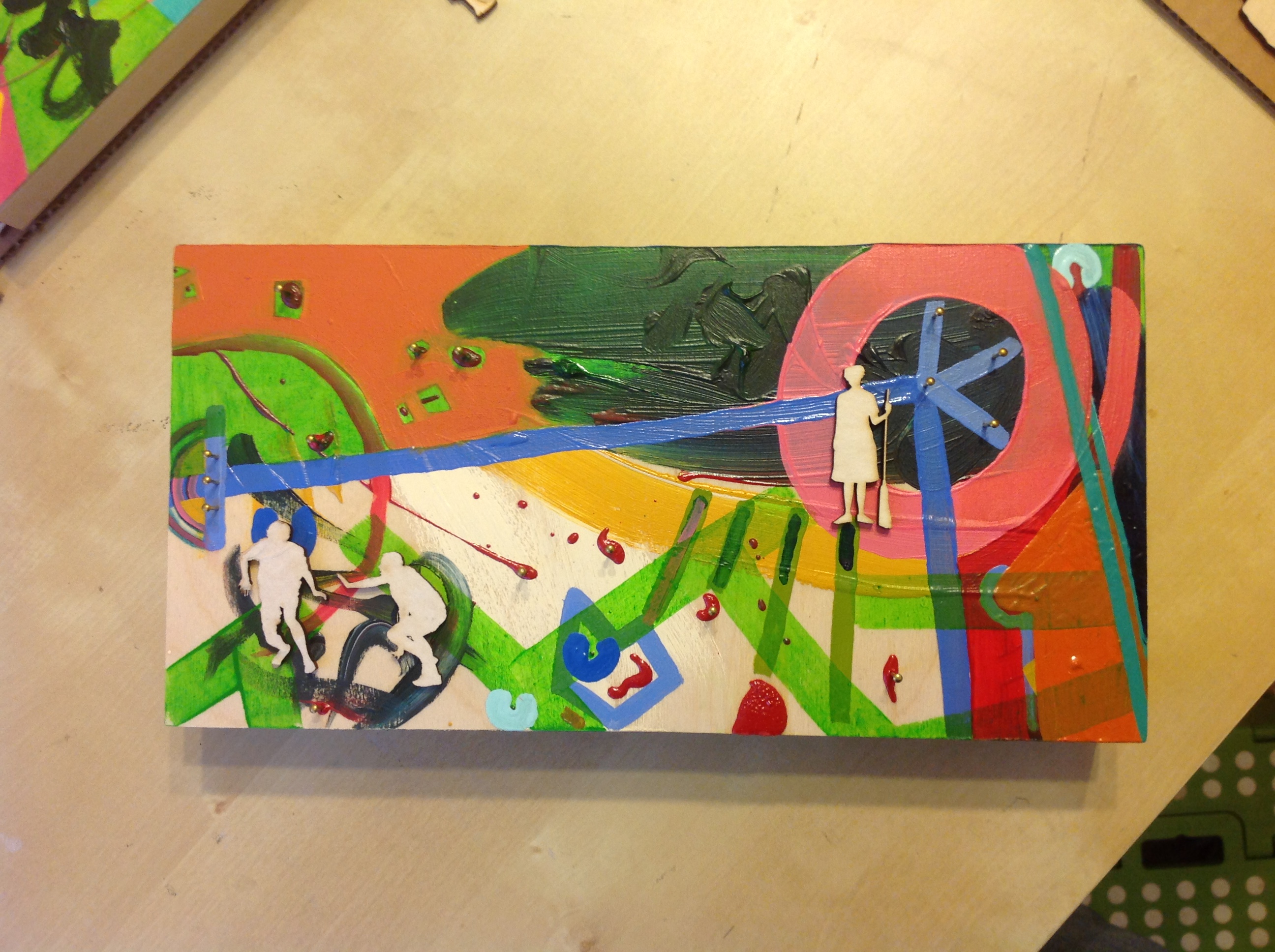 These are a little hard to see because they’re long and skinny, but I’m getting a sense that I want people with motion contrasted with people in stillness. As well as figures that work with the lines and movement of the piece. 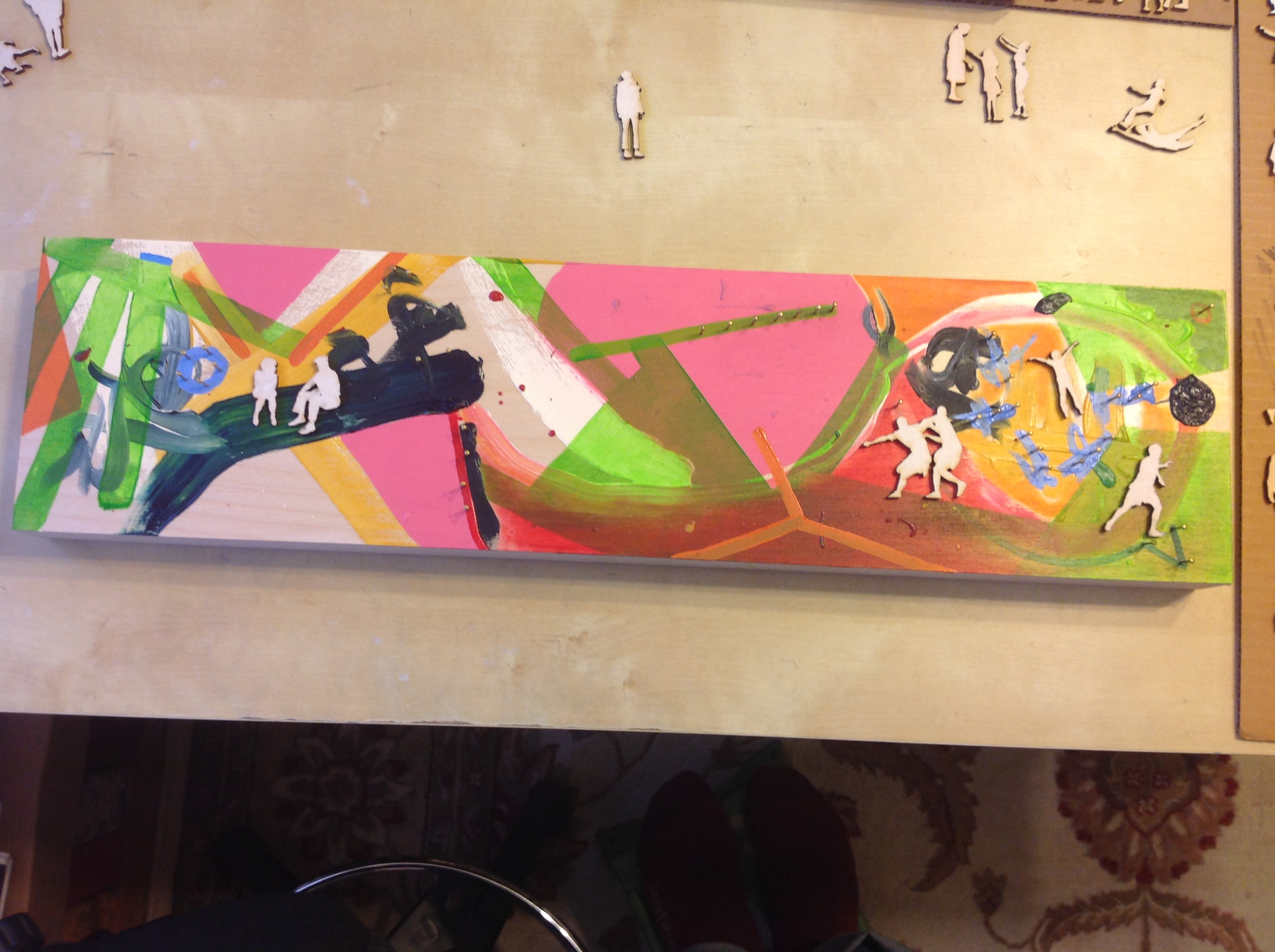 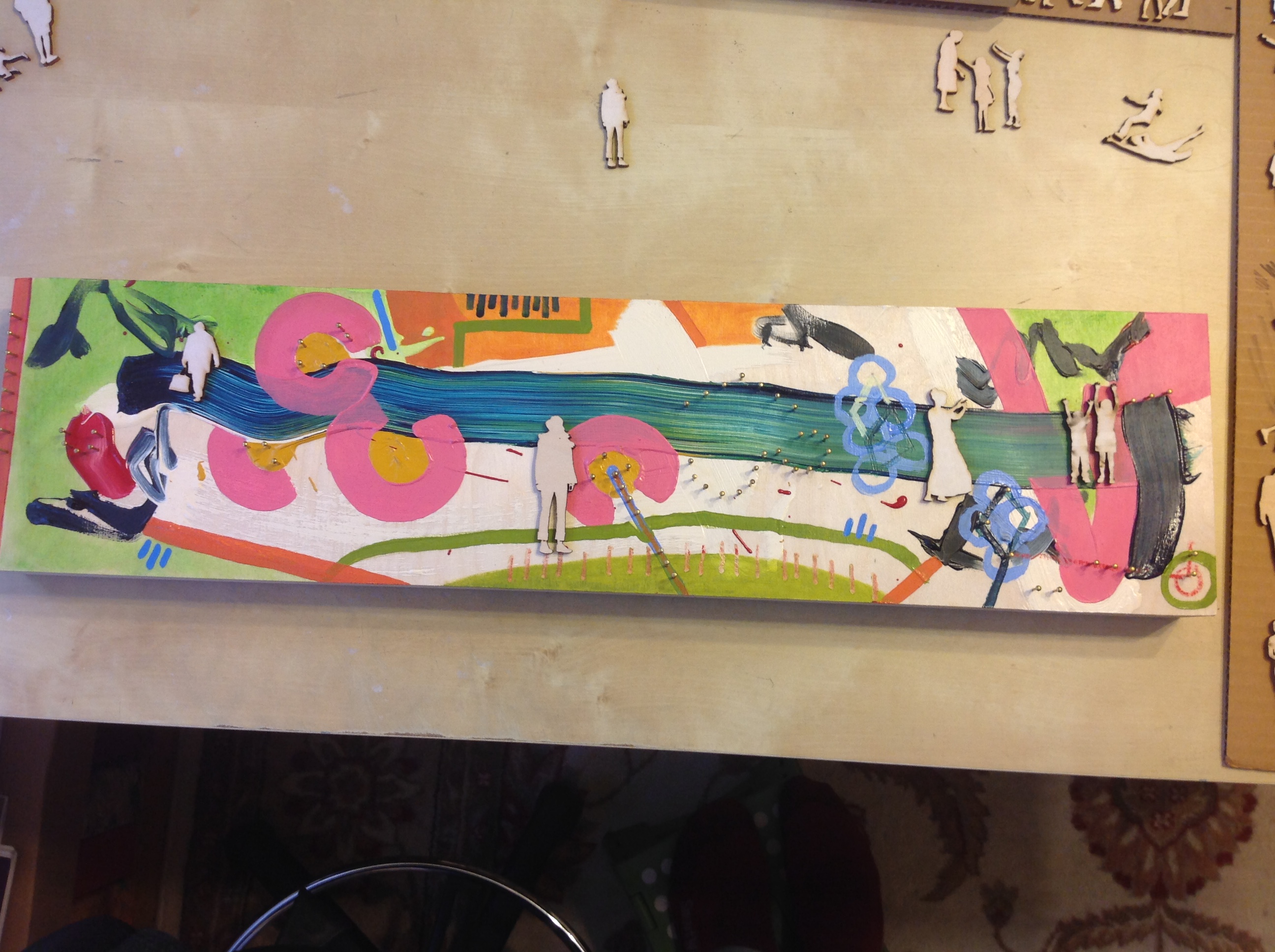 On this smaller one I tried many different combinations. 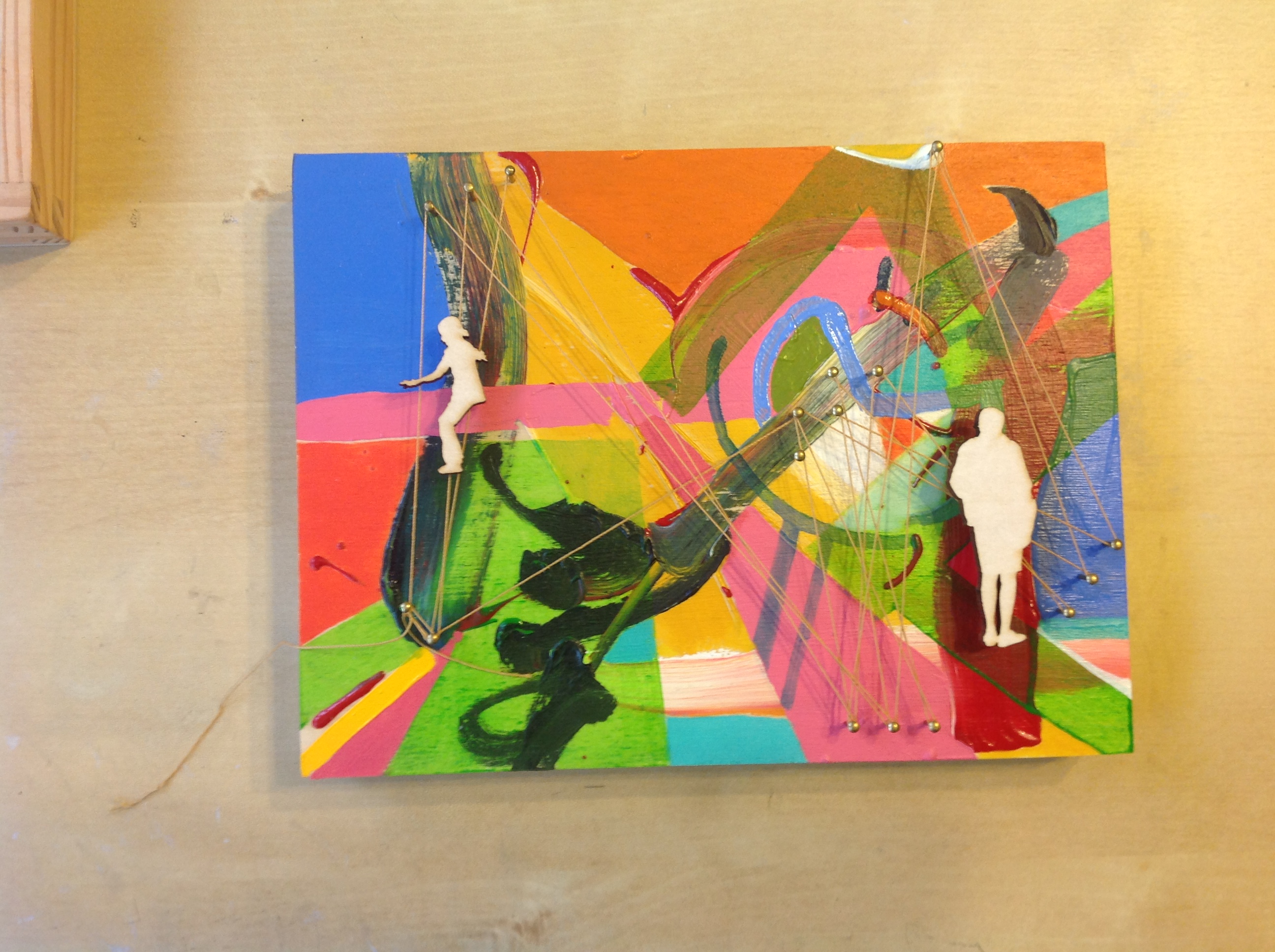 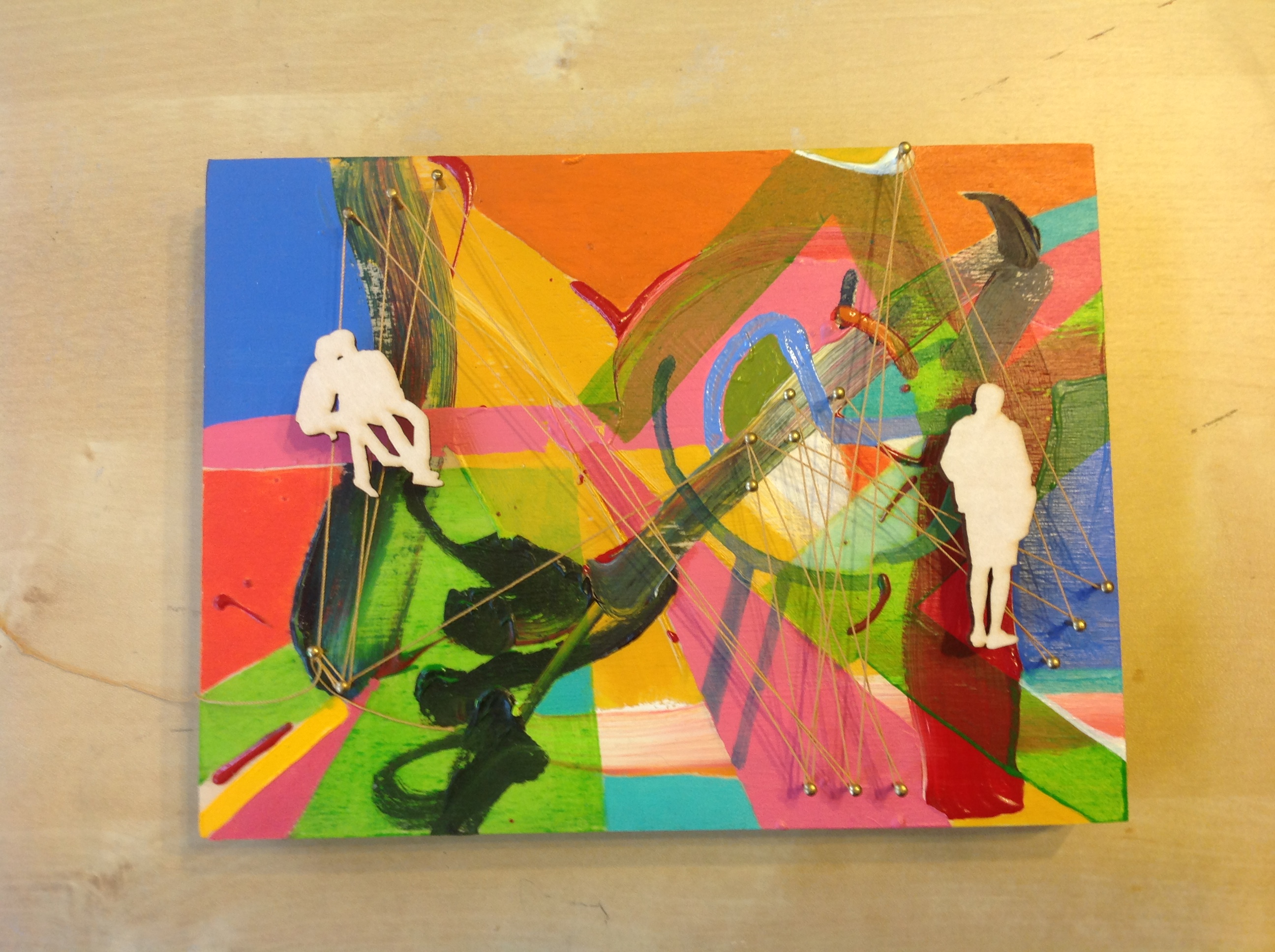 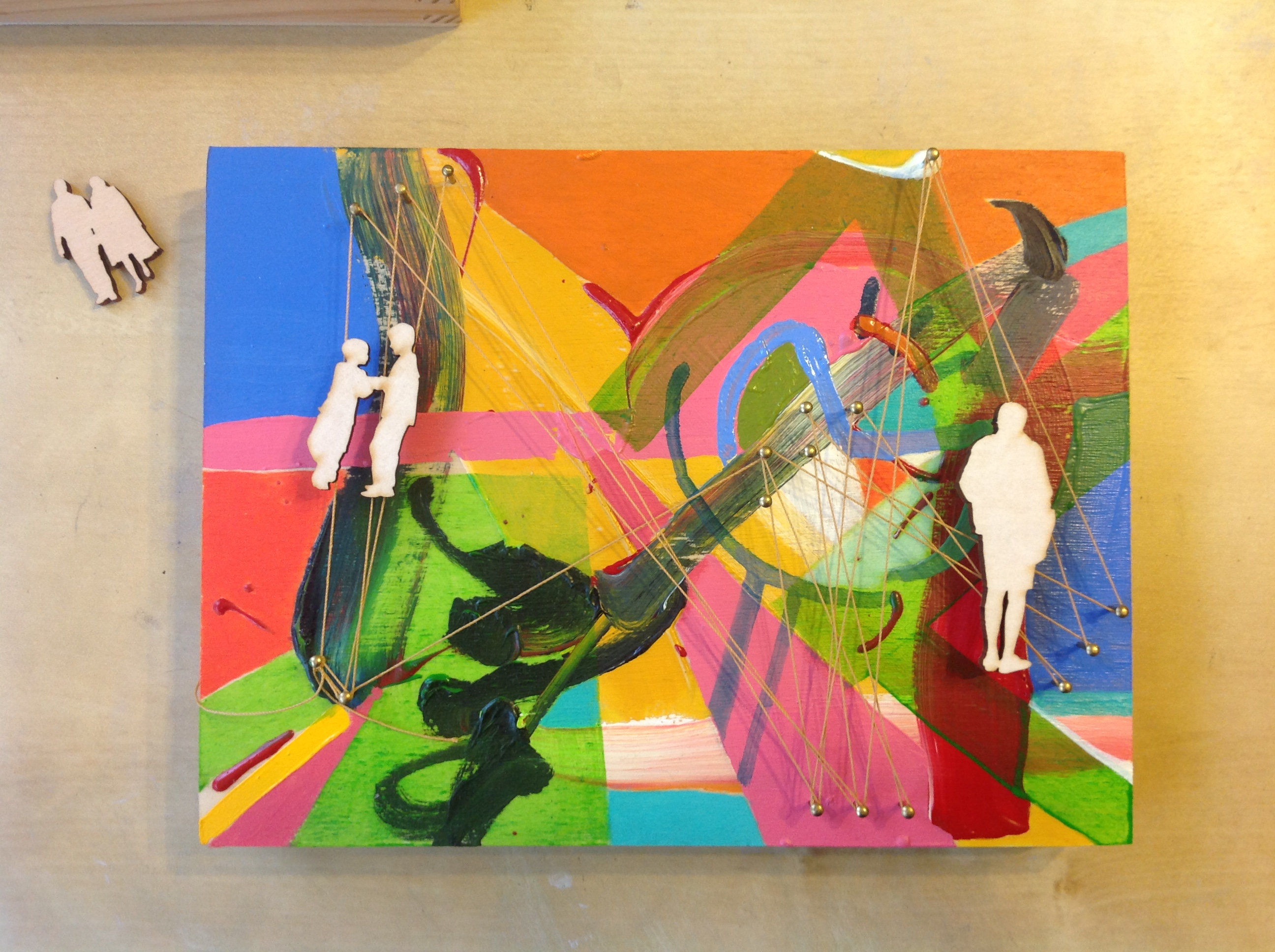 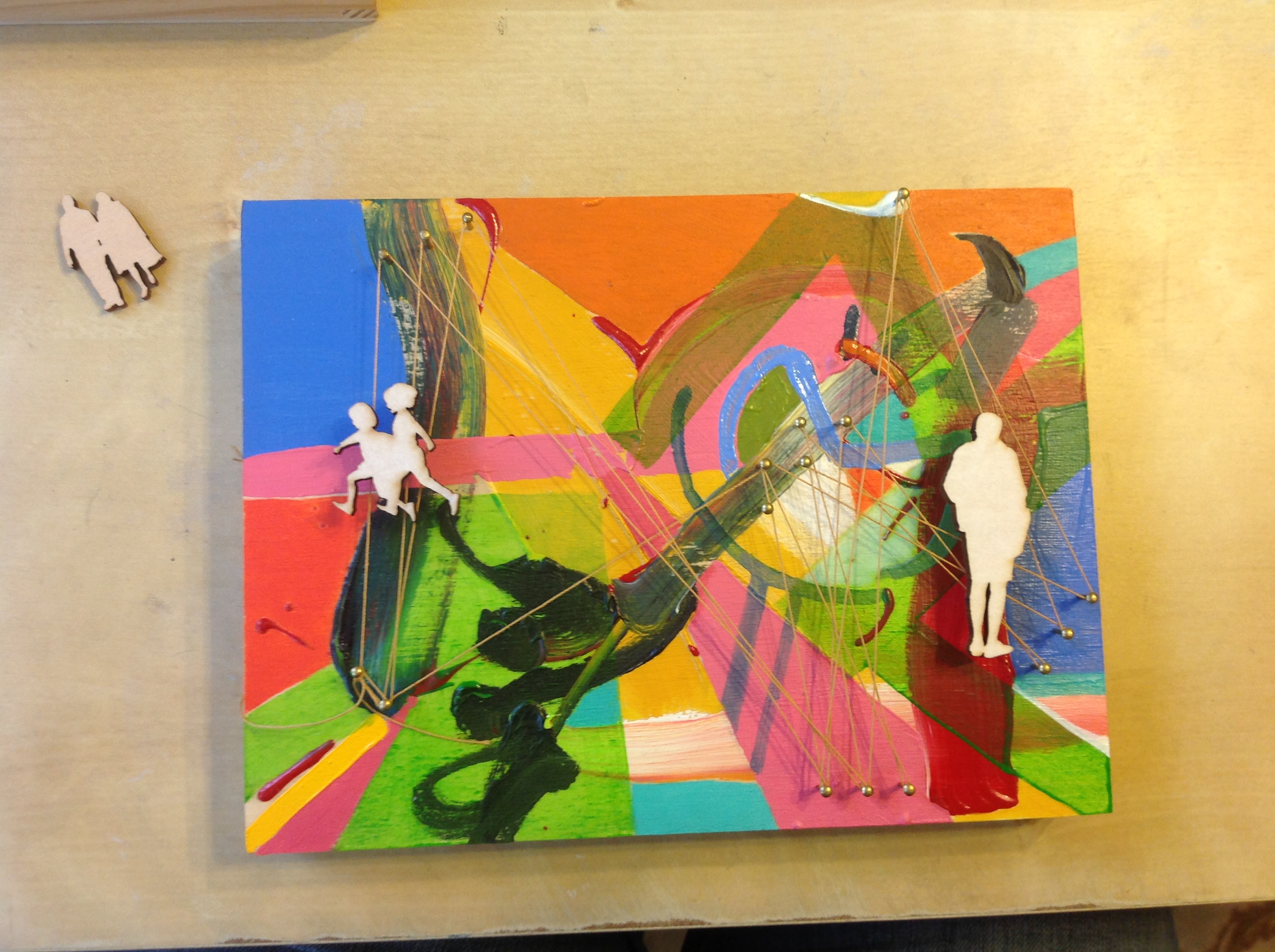 Then I decided to change the front character, and I think I like this better. 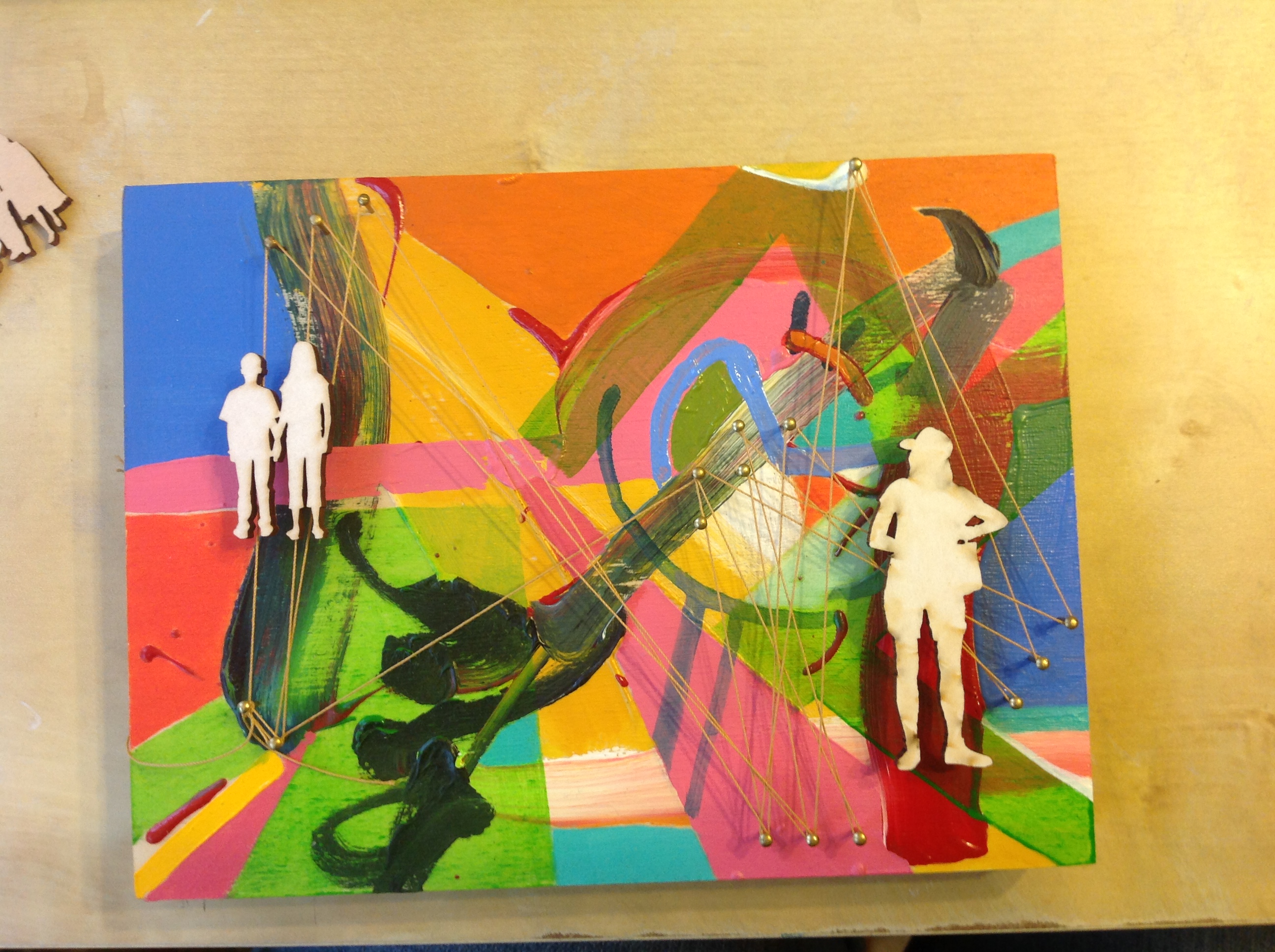 The important part is that all this other work got me moving and turned back on my “of course I can.”

Can I fix those colors? Of course I can.

I was thinking about this today, in exactly these words, when my mail carrier rang the bell. As he handed me my mail, he did a bit of a double take at one envelope, which I didn’t think much of until I brought it all inside.

Then I saw that I had a letter from President Obama. Not just some kind of fundraising request but an actual letter from the White House.

Why would I be getting a letter from President Obama? Well, it’s because my daughter and I sent him this on her birthday last year. 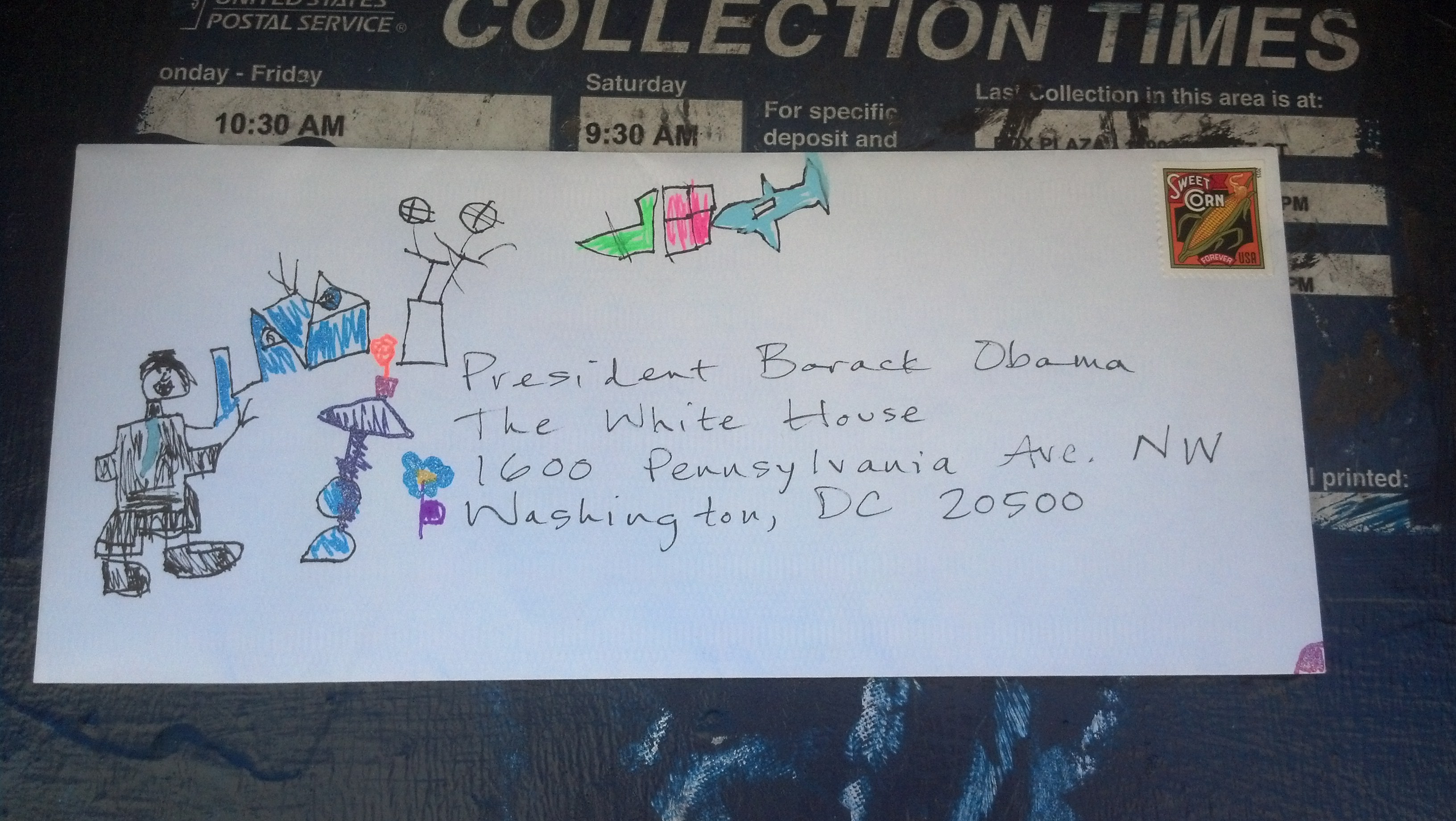 So he was sending us a thank you. 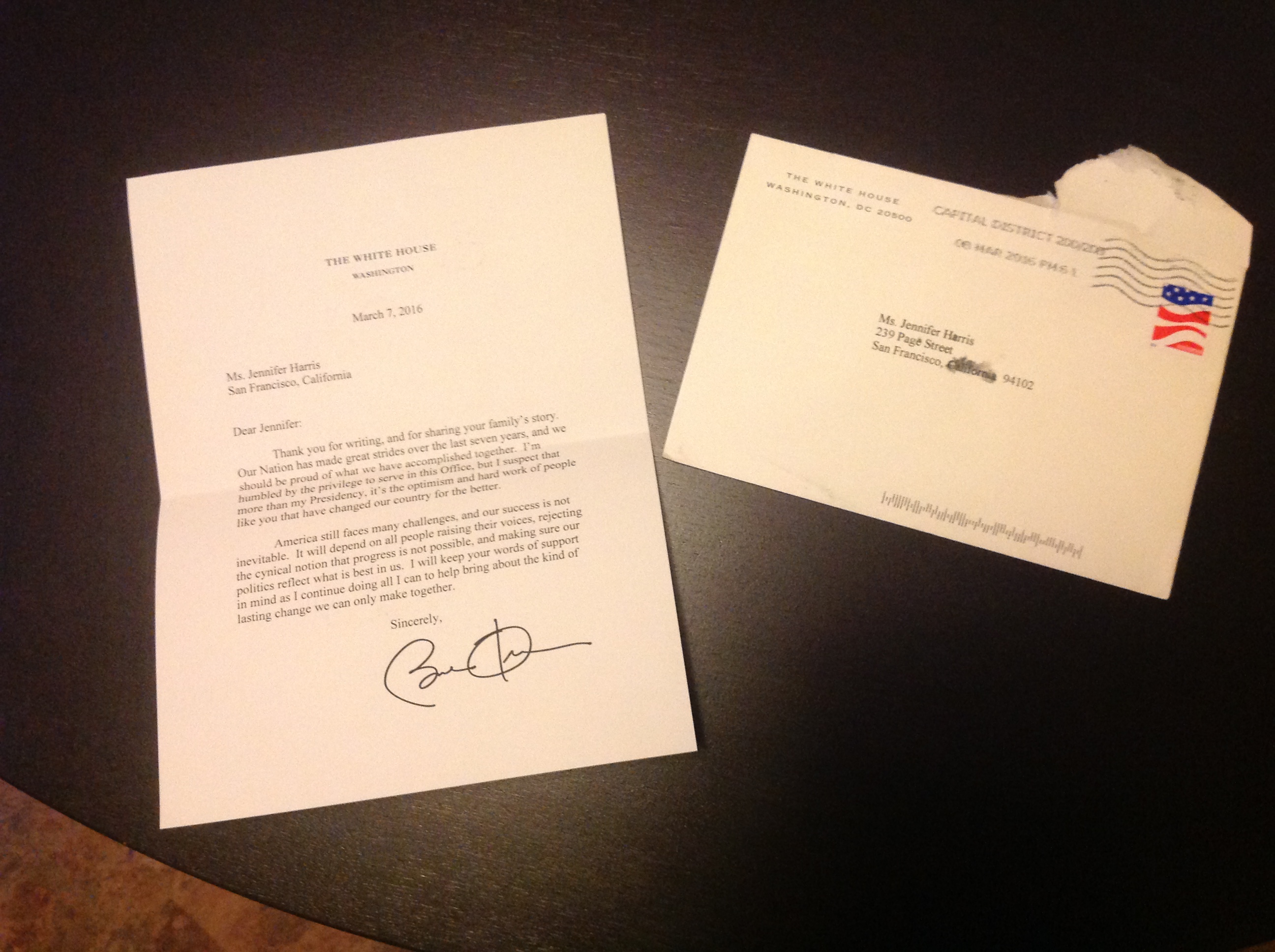 At first I thought it was just a form letter and then I read it and realized that although I’m sure it has a digital signature and was very likely sent by the Chief Head of Letter Responding or whatever, it does reference the actual content of my letter, which feels personal and…well, kind of wonderful.

In case you’re curious, you can see my letter to President Obama here.

And hey, sometimes I just get a letter from the President! (I don’t think I’ll be relying on that one in future, though.)