I am not a big fan of women’s fashion magazines or their pretending-to-be-better-for-you sister, women’s fitness magazines. We have all heard that women who are anxious tend to buy things to calm themselves, and it always seemed to me that these magazines were designed specifically to capitalize on making women anxious. Not an industry I want to support.

However, don’t think I’m too high-and-mighty about it, because this realization didn’t stop me from occasionally buying one of these magazines when waiting to get on a plane. Always one of the fitness ones, of course, because I was pretending I was learning about being healthy.

But to move on to completely discrediting my own argument, I have to share with you that I had a great epiphany while reading one of these magazines earlier this year. And not just while reading an article, while doing a quiz!

It is embarrassing to admit it, but it is true.

It was a little shocking to me to check the results and see how completely I am motivated by my own past accomplishments and how little interest I have in competition. It turns out competition is actually counterproductive for me.

There was no stigma attached to being one way or the other; it was just about creating habits that would support your own particular working style. Like for me, if I need to get a boost, I will pull out whatever piece I still have in the studio that is done and that I think was successful and leave it out for a while. I used to sometimes look at old photo albums, as well, because they would remind me of how far I’ve come, and that perspective motivates me.

Conversely, going to a gallery to see someone else’s work can be really counterproductive for me, especially if I’m having a tough week in the studio. I used to feel bad about that, but now I can see it’s a perfectly reasonable way to be and not because of any inherent weakness.

So at the end of this quiz, instead of feeling anxious, I felt quite the opposite. I felt a greater sense of acceptance of how I function in the world.

And I did not need to buy anything.

Speaking of perspective, I have been enjoying having one of my nephews staying with us for a couple of weeks. He is in his early 20s and his brand new experience of the city has refreshed my own view of it and has also given me a similar clear eye on my life choices up to this time in my life. I will be 42 this Sunday, and I suddenly knew with complete clarity that if my 15-year-old self had known this was where I would end up and what I would be doing and who I would have around me, she would have been pretty ecstatic. And really, all the usual ups and downs of life aside, that is how my almost-42-year-old self feels about it too.

With all this perspective in mind, here is the latest piece that (I think) is really done this time. If you feel like you’ve seen it before, you kind of have. The only changes I made were to the main character’s face, but boy what a difference.

Here is the finished piece: 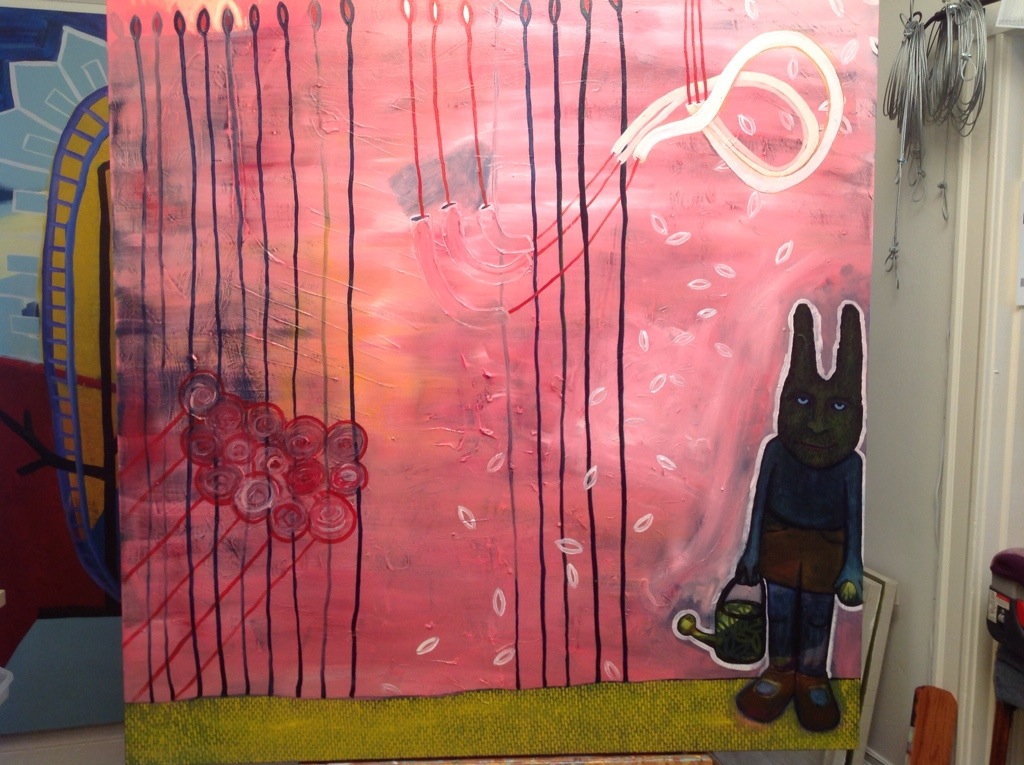 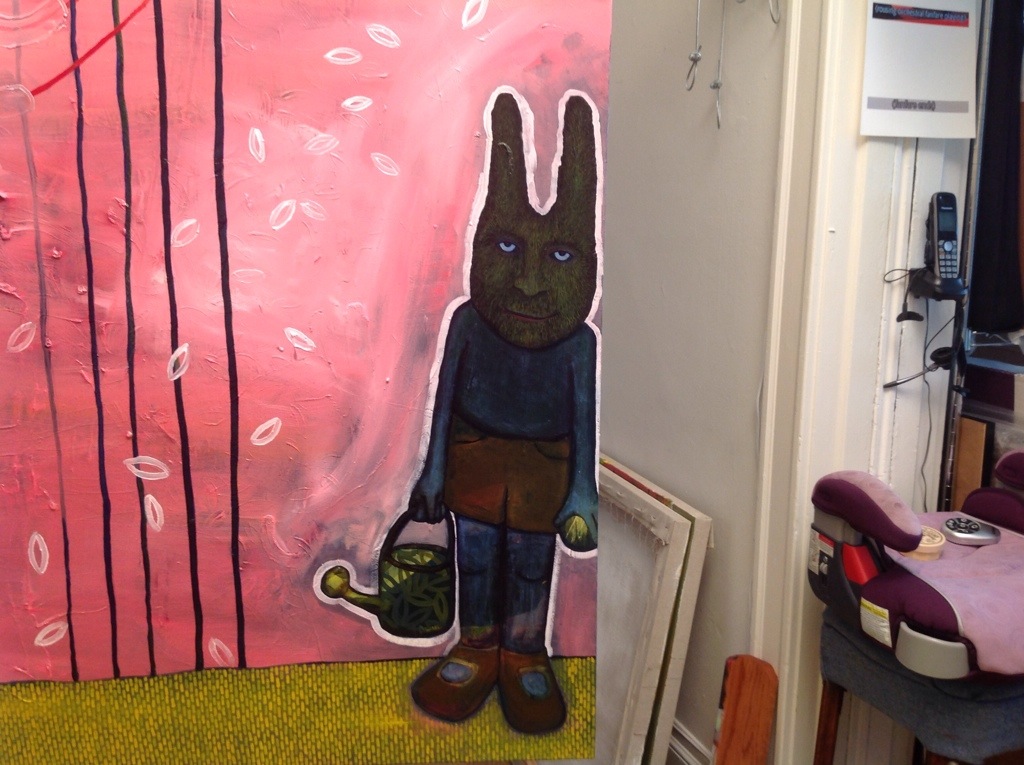 And some of its past incarnations: 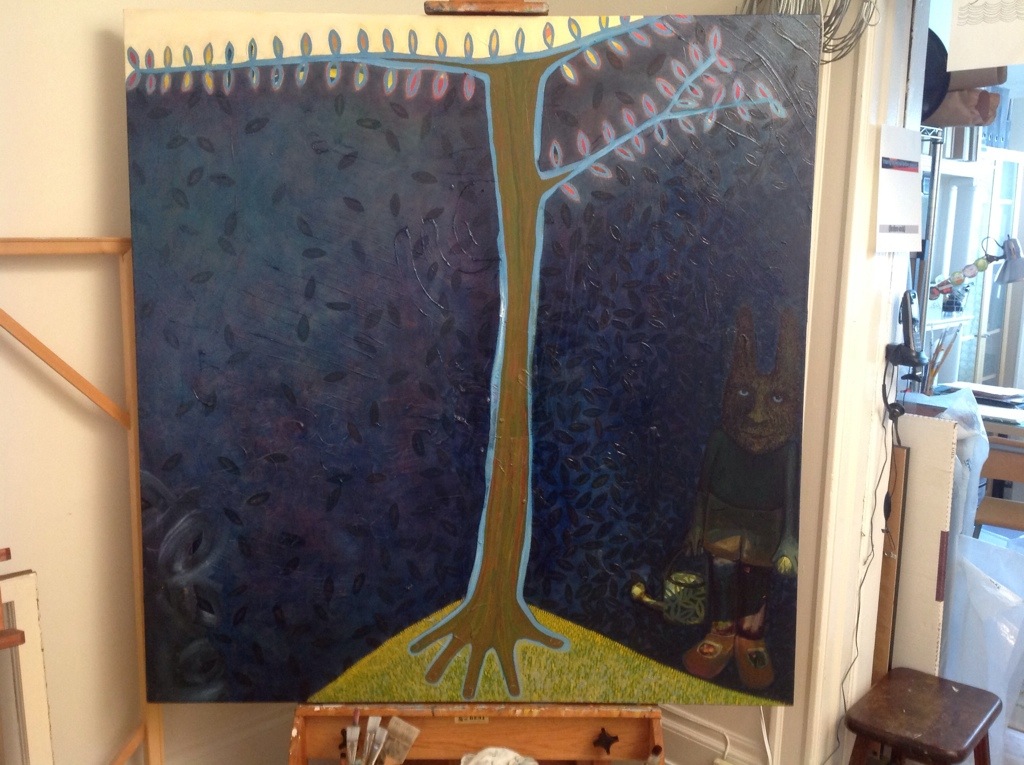 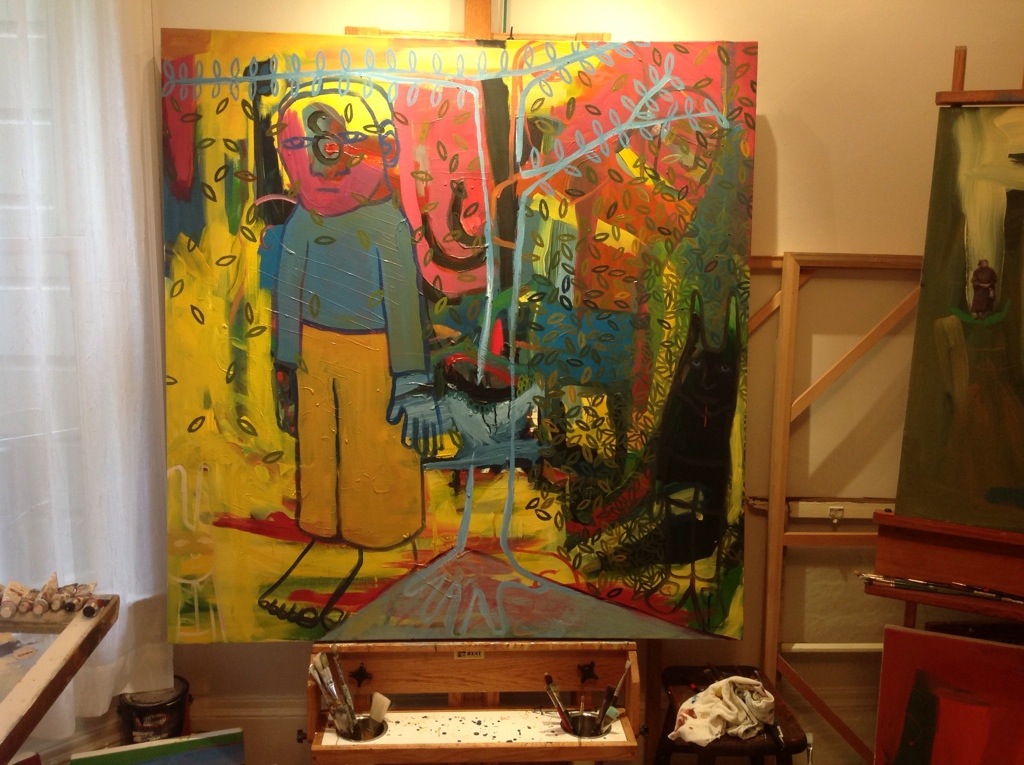 Here’s to the benefits of a little perspective. And finding wisdom in unexpected places!