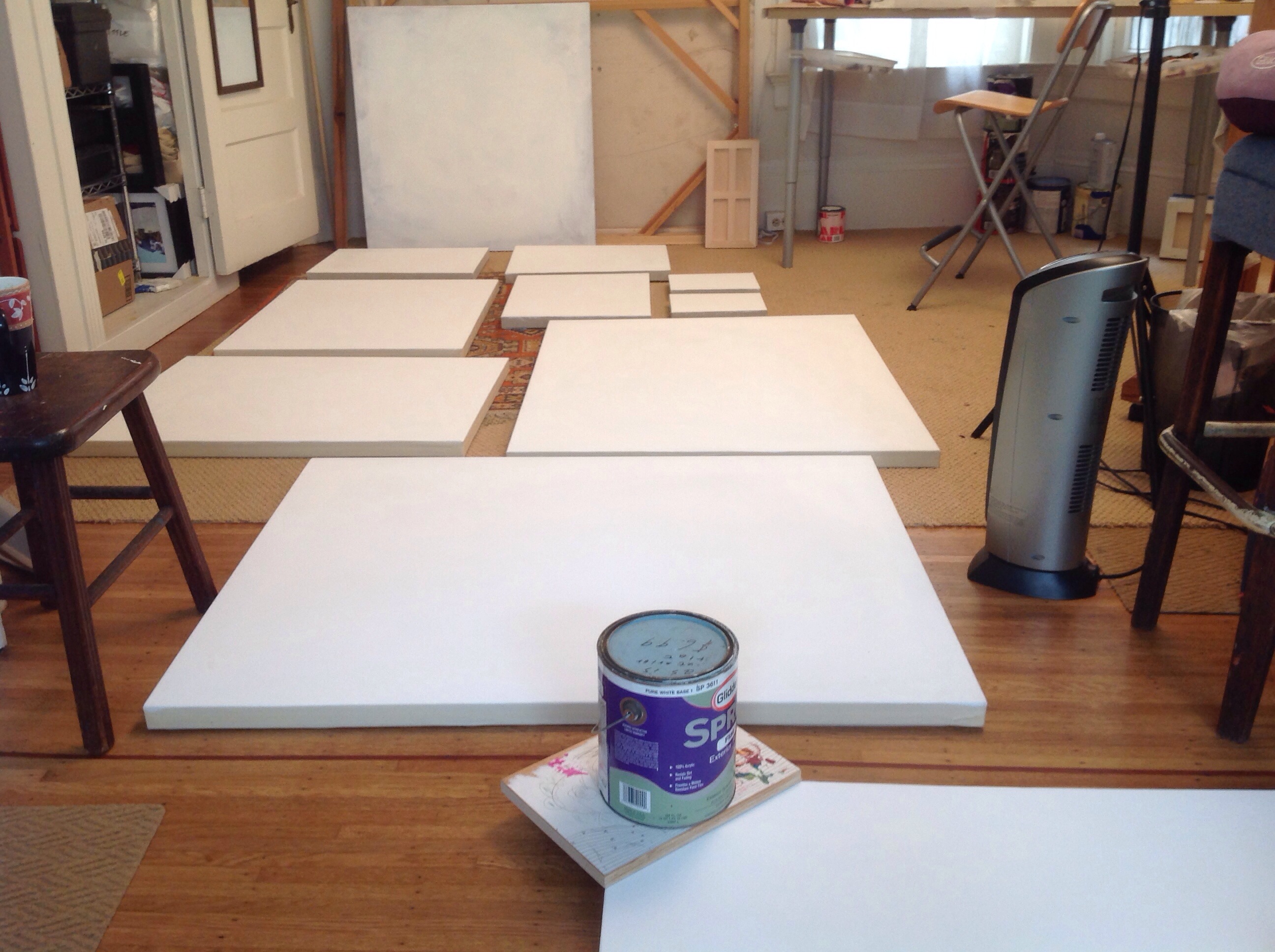 Finally finished my sea of canvases today. Built, stretched, taped, primed, and primed again. They make the most beautiful sound, like a drum, if you hit them with a big paint brush just after stretching the canvas. Really, they are drums at that point, I guess.

The one you see with a paint can on it in front is getting a little canvas adjustment; I didn’t realize until the first one was done that my corner clamps were slightly off true, which resulted in a slightly warped canvas, but it will be flat after a day or two of weighing down the wood.

There are ten canvases altogether, different sizes but all the same proportions, based on the dimensions of an open book. Because it was handy and because it seemed appropriate, I used art critic Dave Hickey’s The Invisible Dragon: Four Essays on Beauty.

I have never actually built this many stretchers at one time on purpose before. There was that time I built 20 by accident…no, but seriously, these canvases are part of an experiment I am doing, putting more thought and structure into my preparations.

I started with planning an exact number of canvases in exact sizes. Next week I will start premixing large amounts of oil paint, which is also unusual for me.

The idea is that I will then work as quickly as possible on all ten canvases. Often I get slowed down by not having a canvas ready or needing to mix a color. I want to see what happens if I remove those impediments.

I also want to get a bit further from my current pieces that are done or almost done, so I can see them with fresher eyes. Sometimes the way to a solution for me really is the equivalent of going around the block, doubling back, hopping on one foot, and then going in the door backwards. It seems ridiculous and laborious, but at the end I have that clear perspective that makes the answers come easily.

So for this week, I wish you that clear view of what you want and how to get there, and without all the hopping on one foot!>